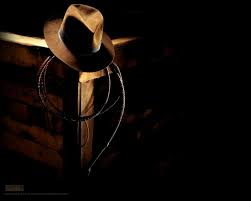 This could have been a great (second) closer to the series.  Instead, it’s a nostalgia trip with a dorky adventure thrown in.  The best part is where, instead of literally passing the hat to Shia, Indy took it and walked out.  The next best part is the corollary hysteria of the government people.  It’s a comment like Star Wars III had on our present group of pinheads in Washington.

More Where That Came From

Hi kids!. I'm so much more than a tube sock. I write words and stuff. Not a fan of bleach or teenage kid feet.
%d bloggers like this: